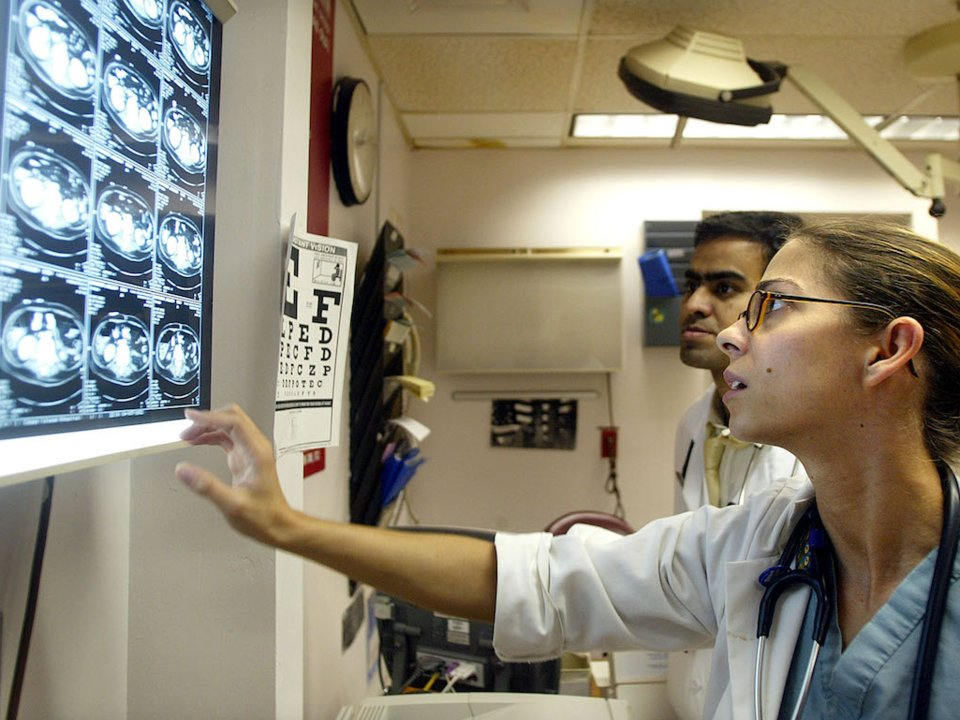 Google has a new algorithm that can quickly sift through thousands of digital documents in a patient's health record to find important information, Bloomberg reported.

Google wants to take the tech into clinics and use 'a slew of AI tools to predict symptoms and disease.'

Google's artificial intelligence systems can cull through and analyze a person's medical history to estimate sometimes more accurately than doctors when a patient might die, according to a Bloomberg report.

Bloomberg reported that doctors estimated that a woman with cancer who had arrived at a city hospital with fluids in her lungs had a 9.3 percent chance of dying during her stay. A new form of algorithm from Google said the risks of death were higher, 19.9 percent. The woman died a few days later.

Google is one of many companies trying to apply AI technology to solve some of the problems faced by the health-care sector. AI has shown enormous promise at analyzing vast amounts of data and performing tasks that typically requires lots of man hours.

In this case, Google's AI uses neural networks, which has proven effective at gathering data and then using it to learn and improve analysis. According to Bloomberg, Google's tech can "forecast a host of patient outcomes, including how long people may stay in hospitals, their odds of re-admission and chances they will soon die."

Predicting death is likely to stoke fears among those who worry that AI may some day hold too much control over humans.

And Google's technology raises a variety of ethical concerns about how it is used and who gets access to it. Decisions about insurance coverage for patients seeking certain medical treatment, or hospitals trying to allocate scarce beds for patients, are obvious examples of potentially problematic scenarios where such AI predictions could come into play.

The Google system employs the same kind of analysis performed by doctors, but it does so more efficiently and precisely.

According to the report, the findings so far is that Google's system is faster, and more accurate than other techniques. Eventually, Google would like to take "a slew of new AI tools" that can accurately predict symptoms and disease into clinics.