For several months now, rumors of increasing credibility have circulated that Apple is secretly working on an electric car project. 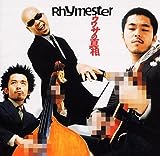 This week, the Cupertino company reportedly will settle a lawsuit brought against it by A123 Systems — a large-battery company that alleges Apple deliberately poached its employees to develop its own car battery technology.

Final details of the settlement are yet to be established. But court documents filed in March, when combined with other news that has recently come to light, provide us with a compelling case that Apple is developing its own battery technology — likely in order to build a car.

Most obviously, one of the employees Apple is accused of wrongly employing is Mujeeb Ijaz. He was the CTO of A123, where he was making $294,000 per month, and had specific responsibility for producing batteries for Formula 1 racing cars “with unparallelled power density.” He previously worked for 16 years at Ford, according to his LinkedIn profile:

Upon information and belief, Apple is currently developing a large scale battery division to compete in the very same field as A123. In connection with that development, beginning in or around June of 2014, defendant Apple embarked on an aggressive campaign to poach employees of A123 and to otherwise raid A123’s business…

…all of the Individual Defendants [allegedly poached by Apple from A123] are working in a field of battery science, technology, and/or products that is substantially similar if not identical to the field they worked on in at A123.

A123 also alleges that Apple has poached employees with battery skills from Toshiba, LG, Samsung, and Panasonic. In short:

Apple allegedly hired employees of a battery company for their expertise in battery technology. These employees are allegedly working in similar “if not identical” fields at Apple. One of these employees allegedly solicited SiNode Systems, another battery company that previously worked with A123, to work with Apple. The document indicates that Apple is interested in developing some kind of battery technology. It does not specifically say a battery for a car. But it does revolve around a guy who has spent nearly two decades in the electric car battery business. Some naysayers have argued that Apple isn’t interested in building a car, just in providing software for them — but the Cupertino recruitment of people with expertise in hardware like batteries suggests otherwise.

Another piece of evidence that Apple is working on a car emerged earlier this week. The company is significantly increasing its presence in Cork, Ireland, where it is planning a massive new factory complex. And a job listing for a managerial role at Apple’s Cork office requires experience in the “automotive” industry.

The CEO of Fiat-Chrysler also recently said that Apple CEO Tim Cook is “interested in an intervention in the car,” following a meeting. (It’s significant in itself that the CEO met with Cook, as the other two tech companies he met were Tesla and Google, which are both openly highly interested in the automotive industry.)

Beyond this, there has been a wealth of rumours, leaks, and allegations about Apple’s automotive industry this year.

Here are the key details:

Apple and Tesla are locked in a battle for talent, with Apple offering $250,000 signing bonuses to engineers. There is a secretive Apple development facility in Cupertino, California, Apple Insider found, which includes an “auto work area” and a “repair garage.” Mysterious vans with mounted cameras registered to Apple have been sighted across America, with speculation as to their purpose ranging from mapping software to self-driving car technology. Apple is also hiring robotics engineers to work “in a unique development team.” Citing “a person familiar with its work,” The Wall Street Journal reports that Apple has hundreds of people working on Project Titan, though the electric car will not come to the market for years. It’s allegedly led by VP Steve Zadesky — a veteran of Ford. The Apple Car has been common knowledge for months in certain tech circles, according to Bryan Chaffin from The Mac Observer, who says “a lot of people at the top in Silicon Valley consider it a given that Apple is working on a car.”

Apple design chief Jony Ive has been complaining about American cars for years. An Apple employee reached out to us to tell us the company is working on something that will “give Tesla a run for its money.” Cook said in an interview last year that “there are products we’re working on that no one knows about.” The late Apple cofounder and CEO Steve Jobs always wanted to build a car, telling The New York Times before he died “that if he had more energy, he would have liked to take on Detroit with an Apple car.”